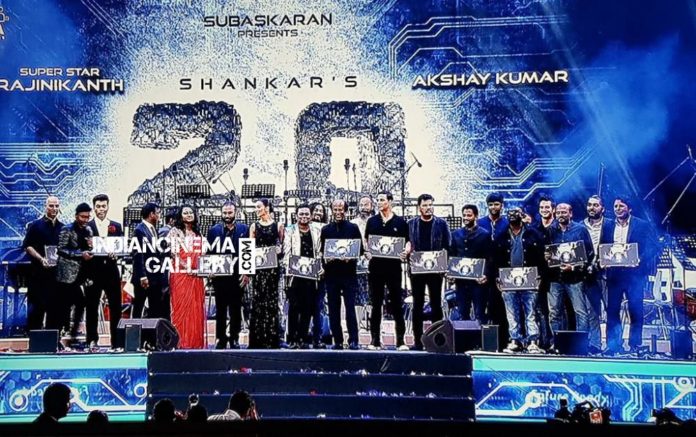 The carpet is rolled and the stage is set for 2.0 – a film which brings Rajinikanth, Akshay Kumar and Shankar together. As the clock ticks, the entire world is eagerly awaiting to witness the biggest film event of 2017 – the 2.0 audio launch in Dubai. The makers of the second costliest project in Asia are unveiling 2.0’s music in Dubai’s Burj Park, the first ever audio launch to happen at the event. Even the Dubai government has given its stamp of approval for the festivities to happen. The King of Dubai is also expected to attend the event. Rajini’s close friend and actor Kamal Haasan might also be present.