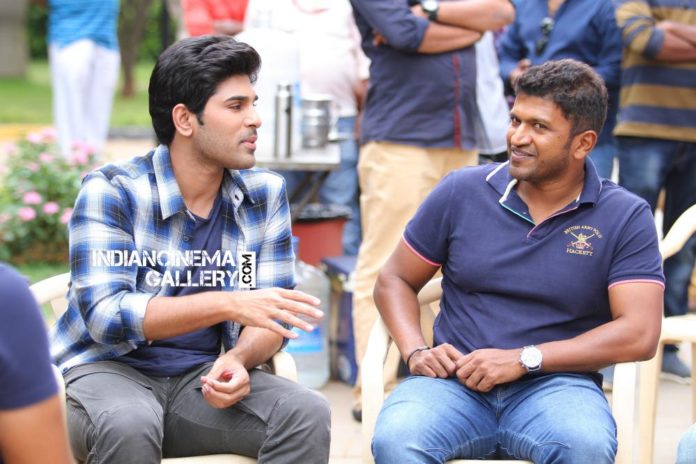 Kannada superstar Puneeth Rajkumar visited the sets of Telugu movie ‘Oka Kshanam’, which is being canned in the technology capital of the country, to understand the progress.

Puneeth spoke extensively with Tollywood’s young star Allu Sirish, the male lead of the movie, which has already created a buzz in the market. The ‘Power Star’ of the Kannada film industry also interacted with the film unit of Oka Kshanam and shared his views with the film director. Puneeth expressed happiness with the progress of the movie and also narrated some of his personal experiences with the team.