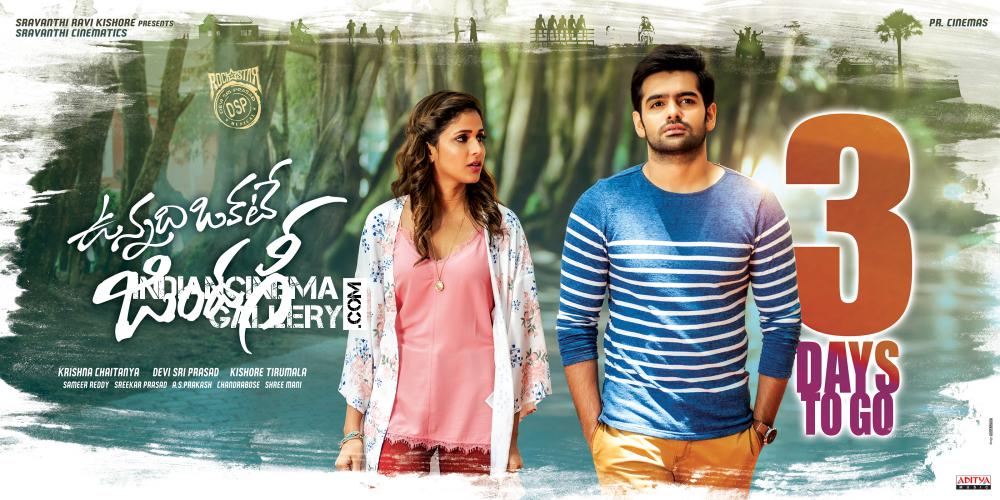 Vunnadhi Okate Zindagi (English: There is only one life) is an upcoming 2017 Telugu drama film starring Ram Pothineni, Anupama Parameswaran and Lavanya Tripathi in the lead roles.The film is written and directed by Kishore Tirumala. The film is produced by Sravanthi Ravi Kishore and Krishna Chaitanya under Sravanthi Cinematics and PR Cinemas.[2] The music is composed by Devi Sri Prasad, while Sameer Reddy is the cinematographer. This is the second combination of Ram and director Kishore and fifth time for Devi Sri Prasad and Ram. The film is all set to release on October 27, 2017.