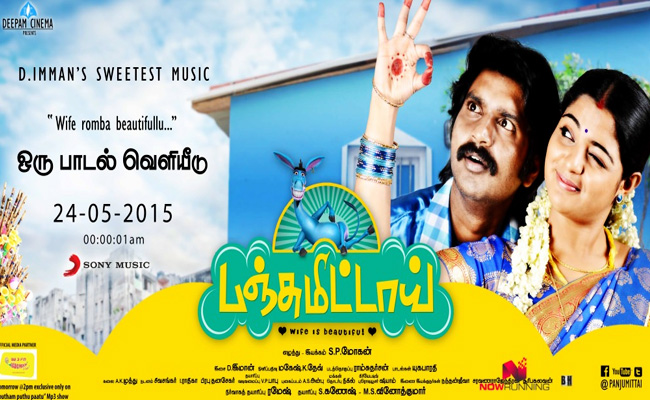 Panjumittai is a tamil movie directed by debutant S.P.Mohan under the banner of Deepam Cinemas.The cast includes Vijay T.V fame Ma.Ka.Pa.Anand,Nikhila,Sentrayan etc.The movie is based on the story line of a short film Kalaru.The movie is expected to be released in July 2017.