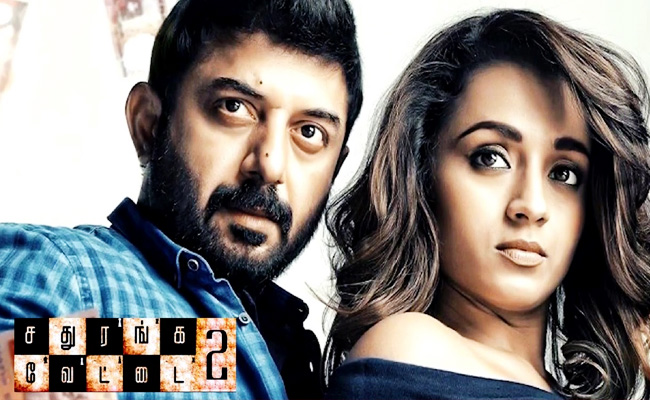 Sathuranga Vettai is a tamil movie directed by Nirmal Kumar.The story was written by Vinoth who scripted and direvted Sathuranga Vettai(2014).The lead roles are played by Aravind Swamy and Trisha.The film is expected tobe released in July 2017.