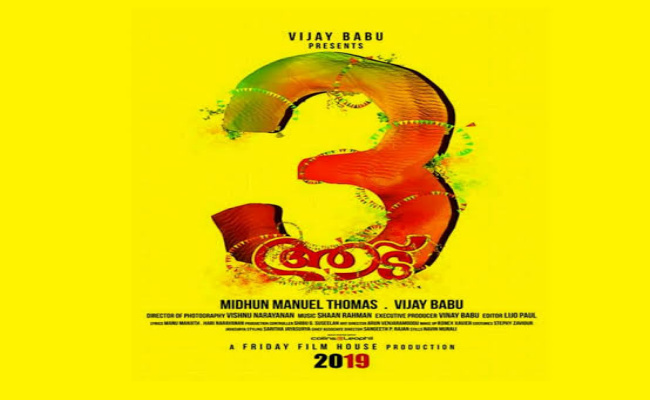 Producer Vijay Babu announced the next installment to the ‘Aadu’ series. Making the announcement during the pack up of Jayasurya’s upcoming project ‘Thrissur Pooram’, Vijay Babu maintained that the movie would be ready to hit big screens by Onam next year. That said, he also maintained that the regular shoot of the project would begin by April – May months of 2020.

Though he didn’t comment on the cast and crew members, it is expected that it would retain all the important cast and crew members, which constituted both the previous installments. Being sequel to the blockbuster ‘Aadu 2’, the movie is sure to carry tons of expectations and is surely going to be one of the most anticipated projects of 2020.