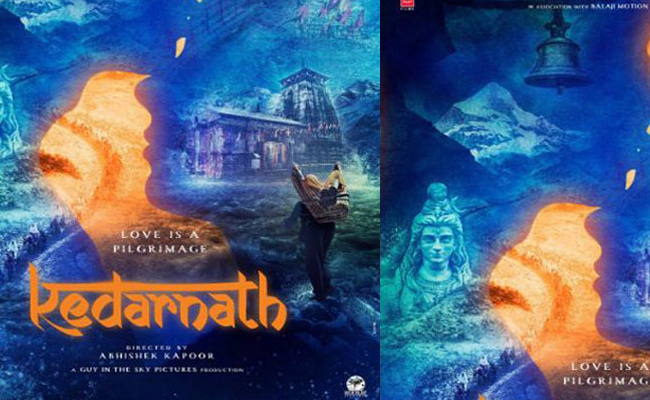 Finally, putting an end to the long legal battles and hullabaloos, Abhishek Kapoor directorial ‘Kedarnath’ is finally getting ready to start shooting. With producer Ronnie Screwvala getting onboard in the role of co – producer, ‘Kedarnath’ seems to have entered the right track. Reports suggested that both Sushant Singh Rajput and Sara Ali Khan will be joining the sets of the movie. Earlier, during an interview, Ronnie was seen praising the story of ‘Kedarnath’. He stated that he was riding high on happiness for getting a chance to associate with such a beautiful romantic entertainer. Reportedly based on some incidents taken place in 2013, ‘Kedarnath’ had already completed the first schedule of shooting earlier this year.

The first schedule of the movie took place in Dehradun. The second schedule is expected to be wrapped up in the coming months. Having said that it is not known, whether the makers would be able to release the movie, according to their plans. When the production had started off, it was reported that the movie would get released on 21st December 2018. Interestingly, the movie, if managed to release on the same date, would clash with SRK’s ‘Zero’. However, close sources suggest that makers of ‘Kedarnath’ have decided pushing back the release date to 2019, though the exact date is not known. Meanwhile, Sara Ali Khan is expected to make her Bollywood debut with Ranveer Singh starrer ‘Simmba’. Sushant, on the other hand, has got ‘Son Chiriya’, in which he co stars with Bhumi Pednekar and Manoj Bajpayee.

Earlier, the tussle between producers ‘KriArj Entertainment’ and director Abhishek Kapoor, landed ‘Kedarnath’ into troubles. While commenting on the issue, ‘KriArj’ officials maintained that the fallout was due to the unreasonable demands put forward by Abhishek Kapoor. Reportedly, it was the difference in opinion over the release date, which ‘KriArj Entertainments’ and Ahishek Kapoor locked the horns. ‘KriArj’ is having troublesome days, with multiple legal battles in progress, with a major one being against John Abraham.