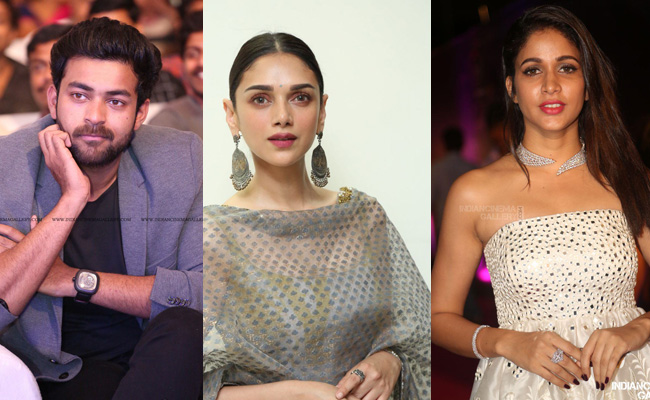 We have already heard about director Sankalp Reddy’s plans of doing a science fiction project. It has been close to one year since, we heard the news reports of the movie. Planned to have Varun Tej playing the central role, we however haven’t heard much about the project later. However, it seems like the movie is finally getting a shape, as far as the cast members are concerned with. Reports suggest that the director has roped in Lavanya Tripathi and Aditi Rao Hydari to play other important roles. To be produced by Y Rajeev Reddy and J Sai Babu, the movie is expected to start shooting by the month end of April.

As far as the project is concerned with, makers inform that the subject of the project was a unique one. They have maintained that though it has got graphics works involved with it, the movie however would be stressing more importance on the aspects of narration and the performance from lead star cast members. When inquired, they were reluctant sharing much about the story of the project. Raising the level of expectation of movie buffs, actress Lavanya Tripathi has recently taken twitter space and shared her excitement over being part of the project. Incidentally, the yet to be titled movie, is expected to complete the production soon. It is believed that the project would be ready to brace big screens by the end of this year.

Director Sankalp Reddy has already made a lasting impact, with his debut movie itself. The multilingual project ‘The Ghazi Attack’ got met with some great response from the audience as well as critics. An underwater war movie, ‘The Ghazi Attack’ was enough to underline the talent, which Sankalp Reddy possesses. While he is no more a debutant, the director seems not going to be lazy and is busy with the pre-production processes. Started off with a thriller movie, it has to be seen, how he is going to deal with fantasy this time.