HomeReviewsKaala first Review by Umair Sandhu is out
Reviews 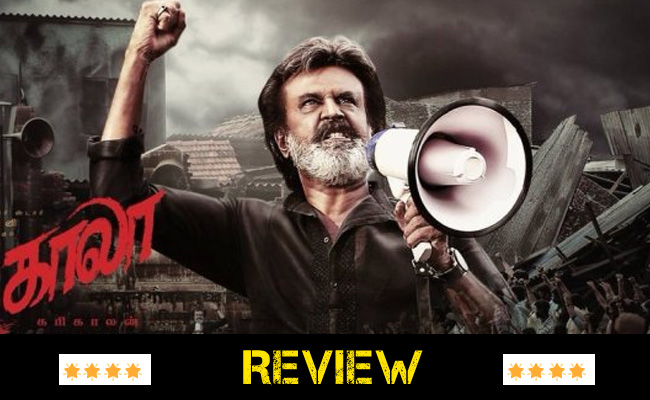 First review of Rajinikanth’s ‘Kaala’ is out. Famous entertainment journalist published the first review of the movie through twitter few hours ago. Umair Sandhu who watched the premier show of movie in Dubai rated Kaala 4 out of 5 stars, that means the movie is a blockbuster.

Umai Sandhu writes that the film is about the expectation of the audience. The best Tamil film to catch audiences every scenes, even without a boring second. Sandhu wrote that Rajani is genuine superstar and P Ranjith is truly a showman.

There is no other movies of Rajinikanth to compare with the look & styles of ‘Kaala’. Ranjith has been able to bolster the image of the superstar, which has been approached by the newer multiplex audience. The effect of Rajaji is on each frame. It was a revelation in time, he added.

#Breaking : Review of #Kaala.
▪ On the whole, #Kaala is a full on entertainer with three aces – #Rajnikanth like never before, stylish action and Super Dialogues.
▪ #NanaPatekar is electrifying, matching up to #Rajnikanth at every step
▪ Sure Shot Blockbuster ! ???? pic.twitter.com/BcUFebjqYp

It can’t get bigger than this ? Rajnikanth, the real superstar and style king, and Pa. Ranjith the showman of Tamil cinema, coming together for Kaala. The good news is that this awesome combo is able to whip up an entertainment extravaganza that is delicious and good to savour.

Rajnikanth has never looked so good on screen with his stylised look and presentation, Patori body language, and dialogue delivery. Pa. Ranjith has been able to get the right balance in a tightrope walk between Rajni’s larger-than-life image and the changing taste of today’s mass multiplex audience without losing his famous touch. In short, Pa. Ranjith has given us a more peppy and upmarket Rajni that is sure to work with today’s youth audience.
There is only one hero here, as in all Rajnikanth films- Rajni himself. Such is the overpowering screen presence of his cinematic charisma in every frame of the film. The film works big time as Pa. Ranjith has made the film on a grand scale, in a riot of colours, with superbly choreographed action scenes. All this comes with top-of-the line techno-finesse, perhaps the best ever in Tamil cinema.

There is no Dull Moment throughout the film. Rajnikanth gave Award Worthy Performance ! He Stole the Show all the way. Nana Patekar is OUTSTANDING ! He nailed it. Huma Qureshi also acts well. Good acting by all supporting actors.

Overall !! Sure to fetch an earth-shattering opening, the film will create a pandemonium at the box-office, cementing the status of Rajnikanth as the darling of the masses and making the distributors laugh all the way to the bank. It has Blockbuster written all over it!

#Kaala is a complete package of entertainment for the masses and devoted fans of masala movies. #Rajnikanth is in the centre of the battle between good and evil. He Nailed it. This one is sure to roar at the box-office. It has Blockbuster written all over it! ⭐⭐⭐⭐ pic.twitter.com/f16qAu3zdy