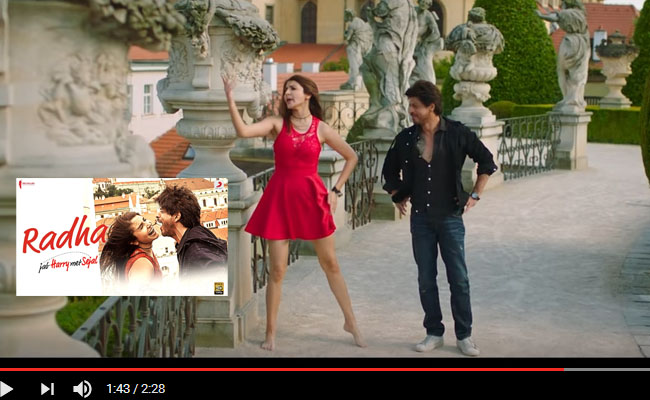 Shah Rukh Khan and Anushka Sharma are back, mesmerizing us with their latest chartbuster – Radha.
Composed by Pritam and voiced by Shahid Mallya and Sunidhi Chauhan, this electrifying track is the first song from the most awaited film of 2017 – Jab Harry Met Sejal.
Music-Pritam
Lyrics- Irshad Kamil
Singer- Sunidhi Chauhan, Shahid Mallya