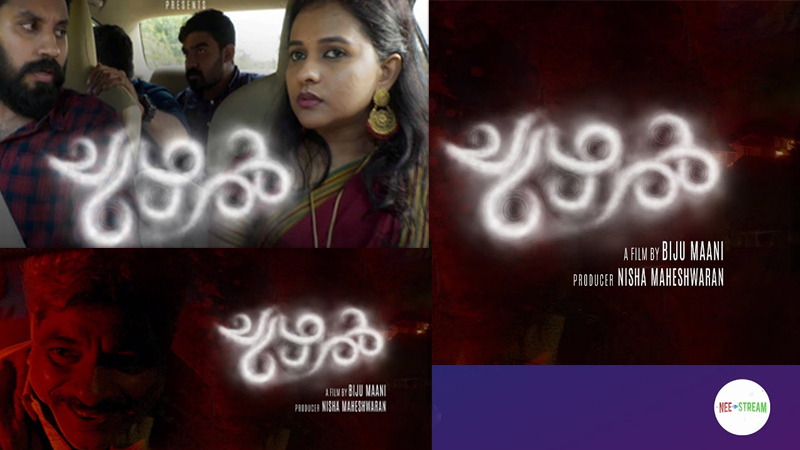 Jaffer Idukki and a bunch of newcomers doing the lead roles in the mysterious suspense thriller film ‘Chuzhal’ released today on Neestream OTT. Initial reports say that the film received a positive response from the critics.

The film is scripted and directed by newcomer Biju Mani and stars Jafar Idukki in the lead role. Along with Jafar Idukki, R J Nilja, Ebin Mary, Srinath Gopinath, Ghazal Ahmed and Sanju Prabhakar also play the lead roles. Sajid Nasser is the cinematographer of the Musical Chair, which was selected as the best Malayalam film by NETPAC at the 2021 IFFK. The cinematography is by Amar Nad.