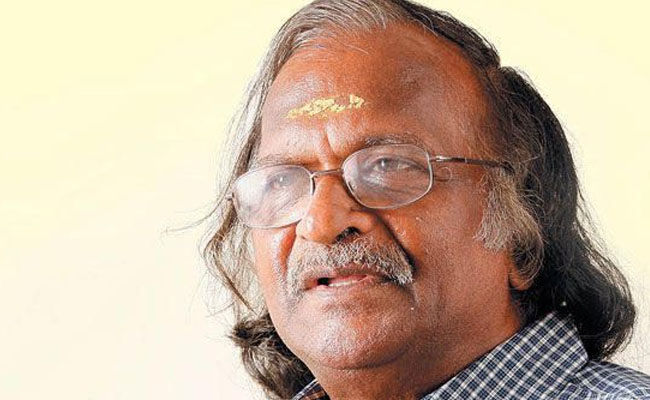 The multi talented Sreekumaran Thampi was conferred the prestigious JC Daniel award. Presented by the Kerala Chalachitra Academy, JC Daniel Award is the highest award given in Malayalam cinema. It was after taking into consideration the contribution of the veteran in various fields of Malayalam cinema, which the academy decided giving him the award. An active face in Malayalam cinema for the past five decades, Sreekumaran Thampi has made noteworthy contributions to film making, production, script writing and penning the lyrics. Well, he will receive prize money of INR 5 Lakh, as part of the JC Daniel Award. However, during the occasion of winning the prestigious award, the veteran has come up with some striking comments, lashing out the two big M’s of Malayalam cinema.

Making it clear that he was subject to the attacks from many sides, he however succeeded all their attempts of putting an end to his career. Sreekumaran Thampi said that he had never even attempted taking a film with Mohanlal, after working with him in the movie ‘Yuvajanolsavam’. The veteran doesn’t have a good opinion about Mamootty either. The reason, which he quotes, was that the paths of both these superstars to the glory weren’t something which Sreekumaran Thampi admires of. He commented that along with the unimaginable upward growth of these two stars, the Malayalam film industry started going for a downward growth. He was of the opinion that the superstardom of both the big M’s did nothing good for Malayalam cinema, rather affected adversely.

When asked about his feelings of winning the award, the veteran commented that, though was conferred on a late note, he was finally satisfied winning the award. He commented that he had never been in the film field merely for money; rather it was for the love and passion for the field, which he continues staying in the biz world. However, what does he feel about being called as a commercial filmmaker? Well, the veteran is quite proud over being part of the mainstream. According to him, without the commercial movies, Malayalam movie industry would have been dead by this time.