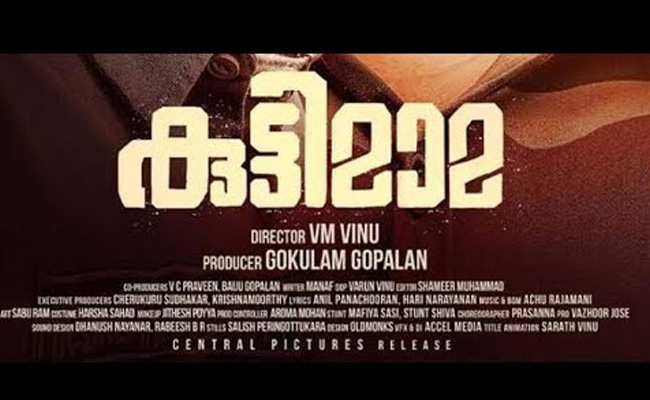 The trailer of Sreenivasan and Dhyan Sreenivasan starrer Kuttimama has reached social media corners. The trailer of this VM Vinu directorial featured some interesting moments, and hinted that it would be yet another comic entertainer from the director. Handling both the stars in a witty manner, the trailer also featured the heroine characters, Meera Vasudev and Durga Krishna, while the project also has talented actors such as Premkumar, Kalinga Sasi, Nirmal Palazhi and to name the rest.

Penned by Manaf, the movie Kuttimama is being produced by Gokulam Gopalan. Gearing up to hit big screens by the second week of May, Kuttimama marks the first collaboration between Sreenivasan and son Dhyan Sreenivasan.

Megastar and team ‘Mamankam in Sharjah