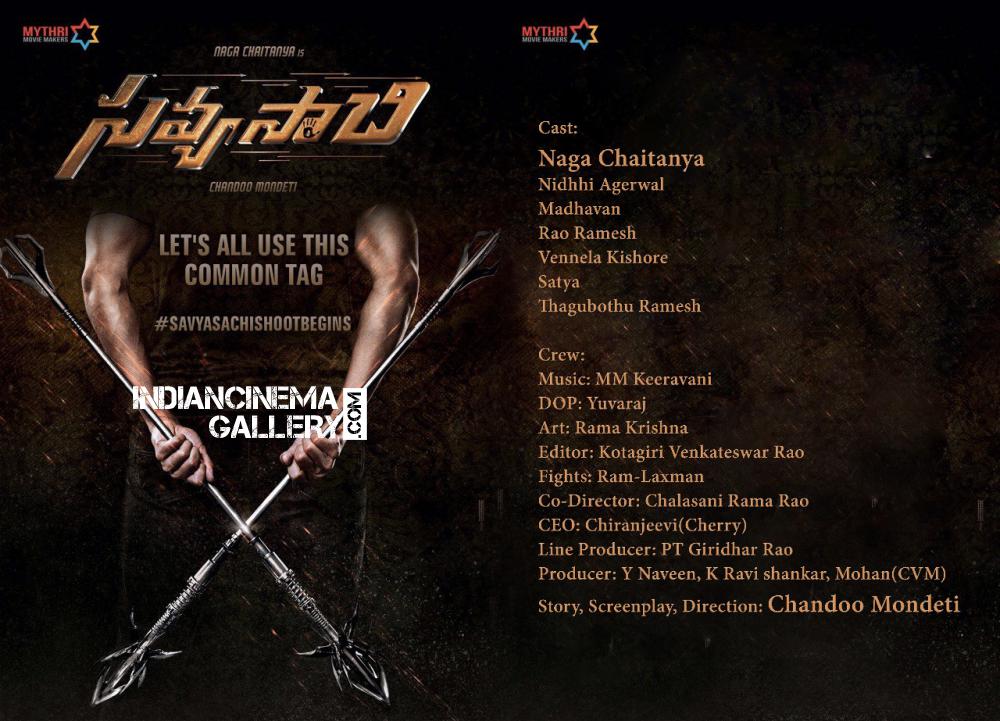 Films such as ‘Karthikeya’ and ‘Premam’ will only remember the audience about one name, Chandoo Mondeti. Movie Buffs have been eagerly waiting for the official announcement of this promising filmmakers 3rd Flick from quite some time.

During the making of ‘Premam’ itself, Naga Chaitanya and Chandoo Mondeti decided to work together again because of the great rapport they share. ‘Savyasachi’ is the second flick in this combination. In the First Look, Chaitu was seen holding an arrow in both of his hands.