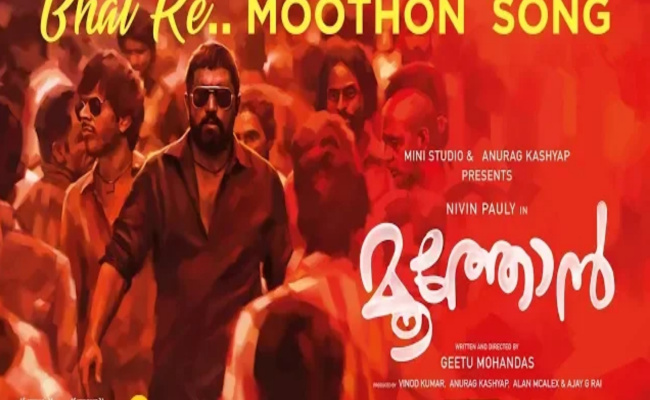 With the movie is on the verge of getting released, team ‘Moothon’ has released a new song. The song, ‘Bhai Re..’, which has been shot in Mumbai, has met with positive response from the social media corners. Filled with several elements associated with Lakshadweep that make the movie unique, ‘Moothon’ stars Roshan Mathew, Sasank Arora, Dileesh Pothan, Harish Khanna and to name the rest.

The project features Nivin Pauly as Akbar, who is known by the name ‘Bhai’. Earlier, the location stills and posters of the project have all made it to the headlines. Under the direction of Geethu Mohandas, ‘Moothon’ has gone onto bag several accolades in the prestigious Toronto Film Festival. Anurag Kashyap has produced the movie under the banners of ‘Mini Studio’ and ‘Jarie Pictures’.