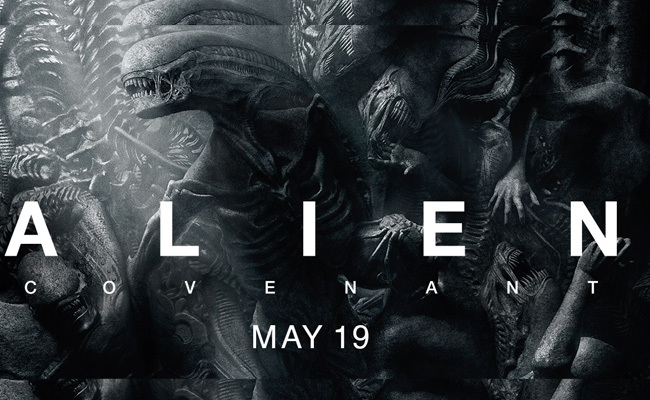 Alien: Covenant Movie Review: You can’t help but compare this film to several previously watched films which include “Alien” (1979), “Aliens” (1986), “Prometheus” (2012) and the recently released “Life”. “Alien: Covenant” seems like a mix of all these films and at some point it seems like one big mess. Nevertheless, for those uninitiated to the series, this film would definitely be an awe-inspiring experience.

This film, the third directed by Ridley Scott is the sixth film in the overall Alien film series and is the sequel to Prometheus and the second instalment in the Alien prequel series. It is a film about the quest for the origins of life.

The film opens with a flashback to billionaire Peter Weyland (Guy Pearce) discoursing with his android butler David (Michael Fassbender) in a heavenly white-washed room and adorned with the Michelangelo statue from which, we learn, the android got his name.

Years later, the film follows the crew of the spaceship Covenant which is transporting over two thousand colonists and over a thousand human embryos to a new home planet called Origae 6 that will take a few years to get to. While in transit, a solar shockwave damages the ship, Walter a later model and doppelganger of David, also played by Fassbender, wakes the crew from the cryogenic stasis.

And soon, they hit upon a signal that showcases a much more attractive planet that is just a few weeks away. So a small batch of the crew go to check out if the planet is habitable. On the face of it the planet looks fine and the signal track leads the team of explorers to the remnants of the Prometheus, its sole survivor being its on-board android David (Fassbender).

What follows is the crew’s encounter with the alien life form that grows in the human body and bleeds acid and, their (crew’s) desperate attempt of survival.

The plot is cliched and predictable. But it is the performances from the ace cast that hold your attention. But unfortunately, the characters are wafer-thin.

Fassbender delivers the best performance. He is amiable as Walter, subtly straddling the borderline between human and android to make the artificial seem real. But as David, he is comical and hams initially, but later he truly becomes a villain, obsessed with the notion of creation. His transformation is definitely noteworthy.

Without comparing the cast to the previous editions, Danny McBride as Tennessee, brings some much-needed sarcasm and Katherine Watson does a pretty good job as Daniels, the forceful heroine.

On the technical front, “Alien: Covenant” looks as good as a blockbuster can. The production designs by Designer Chris Seagers are refined and of fine quality which is majestically captured by Cinematographer Dariusz Wolski’s camera work. He offers stunning interstellar shots and gorgeously lit character moments which seamlessly mesh with Charley Henley’s visual effects and Neil Corbould’s special effects. The background score by Jed Kurzel elevates the viewing experience.